La Niña and the incredible Olympic legacy snowmaking infrastructure at Whistler Blackcomb have created a winter wonderland. To celebrate, Whistler Mountain will open on Friday, November 19. 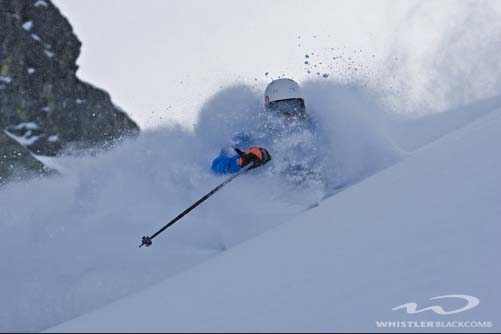 “New snow and low freezing levels, along with the hard work of our mountain operations, grooming, and snowmaking teams mean we can open Whistler Mountain on Friday, November 19,” says Doug MacFarlane, mountain manager at Whistler Blackcomb. “Though early season conditions will apply, having those first few turns of the season is a great feeling and we’re happy to make that happen for our guests six days earlier than planned.”

With freezing levels lowering to the village, snow in the forecast and over 150 snow guns blasting snow, opening day preparations are in full swing.

Whistler Mountain will open on Friday, November 19 at 8:30am. Six lifts will be running on Whistler Mountain for opening weekend including Creekside and the Whistler Village Gondola, Big Red Express, Emerald Chair and Franz’s Chair.

By admin Lift Service Whistler, BC powderpowder canadaskisnowwhistlerwhistler bc 0 Comments